In 2007, a feasibility study was undertaken that identified the potential of agricultural land at Kingston Farm to accommodate Bradford on Avon’s future growth in employment and housing needs over the plan period (until 2026). An extensive process of engagement with the local community led to the land’s allocation as a strategic site in Wiltshire Council’s Core Strategy.

In response to the desire to promote an exemplary development, the first phase of the scheme, comprising a standalone solar PV array extending to 15ha, was secured in 2011. AssetSphere conducted a feasibility study for an anaerobic digester plant as well as the first large-scale solar PV farm in Wiltshire.

AssetSphere negotiated an option and lease terms with a solar park developer. In response to changes to Feed-in-Tariff rates announced by the Government mid-application, the decision-making process was fast-tracked by Wiltshire Council. The 5MW solar PV array was successfully installed in October 2012.

AssetSphere successfully negotiated, on behalf of the Landlord, the surrender of the Agricultural Holdings Act tenancy from the tenant farmer which allowed the construction of the solar farm and residential development promotion.

The solar farm is hard-wired to the nearby Anthony Best Dynamics factory,and provides renewable electricity to the commercial element of the mixed-use planning application proposals.

AssetSphere negotiated the option agreement on behalf of the Landowner. The residential element of the scheme is nearing completion by CG Fry and Son. The scheme also includes extensive off-site infrastructure, strategic landscaping and allotments.

AssetSphere have also successfully secured planning permission for the change of use of some of the redundant dairy buildings to office and warehouse uses. 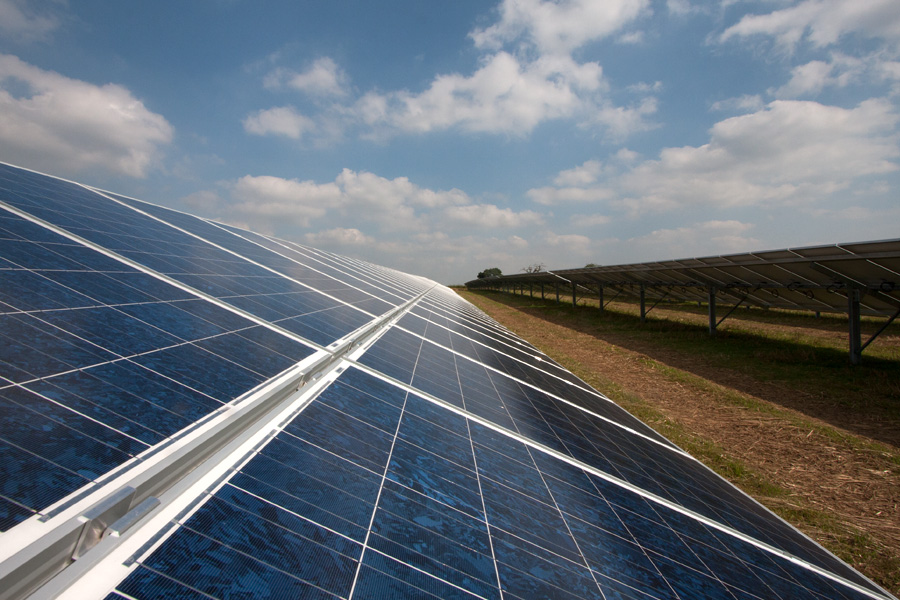 For help with a similar project, call Richard Edge or Alex Orttewell on 01935 852170 or email info@assetsphere.co.uk